A Network of the National Association of State Treasurers 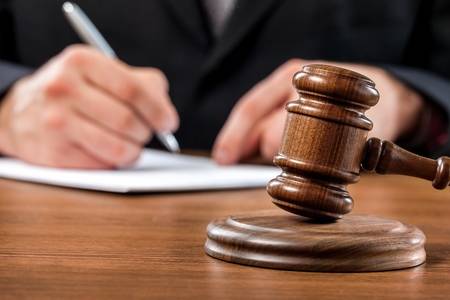 -Decision of Significance to Florida and All Other States​

On June 3, 2020, a Florida appeals court ruled in favor of the Florida unclaimed property program, upholding Florida’s unclaimed life insurance provisions that were unanimously adopted by the Florida Legislature in 2016. A challenge to those 2016 provisions was filed immediately after their enactment by subsidiaries of Kemper Corporation. The 2020 decision overturns an earlier decision in the case by a Florida trial court that ruled in favor of the Kemper subsidiaries. The case is Patronis v. United Insurance Co. of America, et al.

The 2016 legislation mandated that life insurers:

The appellate court rejected the insurers’ argument that the requirements violated their state constitutional rights. The insurers argued that because they had to perform a DMF match on policies back to 1992 this was an impermissible “retroactive application” of the law. Noting the “remedial purpose of Florida’s unclaimed property laws,” the appellate court found the requirements to be subject to retroactive application, particularly where the Florida Legislature had expressly stated its intention for the law to apply retroactively. The appellate court’s analysis found that the obligations created by the Florida Legislature’s amendments were “consistent with the pre-existing duties of insurers” under the unclaimed property law. Specifically, Florida law already mandated that “insurers [use] due diligence and good faith efforts to ascertain whether policyholders had died and to locate beneficiaries so that policy proceeds would be given to the rightful owners.” The majority opinion also noted that many life insurers were already making use of the DMF. Thus, the court could not find “a facially unconstitutional imposition of new obligations as to all insurers in all situations.”

A dissenting opinion by one judge agreed that a “sound argument can be made” to uphold the contested provisions and that “the aims of the new law are salutary…” But, the dissent argued that existing precedent from the Florida Supreme Court required that the provisions be found unconstitutional. The dissenting opinion found the provisions to be substantive, not remedial, and violative of due process by impairing vested rights.

In its amicus brief, NAUPA described the widespread problem encountered by unclaimed property administrators across the country of insurance companies holding on to unpaid death benefits, and explained, among other things, how the Florida Legislature’s amendments were necessary to clarify insurance companies’ obligations and remedy industry-wide practices that prevented large numbers of beneficiaries from being paid the death benefits that they were due. Consistent with NAUPA’s explanation, in finding in favor of Florida, the appellate court acknowledged the scope of the problem, and noted that the legislature’s statement that the amendments were “remedial in nature and apply retroactively . . . arose from the need to correct insurance industry practices the act addressed.”

The Kemper subsidiaries have indicated that they intend to seek a rehearing before the entire First District Court of Appeals. It is possible that they will also file an appeal with the Florida Supreme Court.